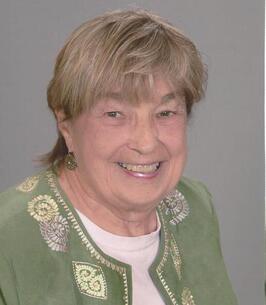 Annette Lorraine Kreitler, 82 of Seymour, CT entered eternal majesty on the Lords Day, May 16, 2021.
She was born on January 27, 1939, to her parents Marie Fortier Charest and Walter Charest in Brooklyn, New York. She later moved to Bridgeport, CT where she grew up and graduated from Harding High School in 1957. Reading under a tree by the ocean she met the love of her life Edward W. Kreitler, and they married on April 11, 1959 in St. Ambrose Church.

Early on Annette worked at Remington in Bridgeport before starting a family in 1960. Together Annette and Ed built a life of love, loyalty and family and welcomed five children into the world. They welcomed their first daughter Lynn Ellen who entered eternal peace at the age of five. Four more children were to follow in the Kreitler family. Annette gave birth to Aimee Beth (Douvris), Aileen Patrice (Baldwin), William (Billy) Edward Kreitler and Laurie Kreitler (Mastrone).
Annette, devoted wife of a fire fighter and was a co-founding member of the Stratford Firefighter Woman’s Auxiliary and spent many years devoting herself to fundraising for the Bridgeport Hospital Burn Unit.
After her husband Edward of 56 years passing in 2014, she moved to Seymour, CT where she found much happiness in her new home. With much pride and excitement, she became a member of Seymour Congregational Church. Her church friends and family brought her much joy and happiness as she worshiped and had much fellowship with them. She passionately enjoyed serving the mission of cooking for her church family, Spooner House, and many others. Anyone that knew Annette, knew there would be food and a lot of it. She enjoyed time with her family, her passion for bird watching and was an avid reader.
Love of family and God was the very being and essence of Annette. Her genuine kindness, caring and compassion was always readily available. Annette was quick to light her special crucifix candle and join in prayer for anyone that needed it at any time.
In addition to being a fiercely dedicated wife and mother, she loved being a grandmother. She called her grandchildren “diamonds from heaven”. Love of family was the forefront of Annette’s being. Her passing will leave a void in many hearts but memories of her will live on forever.

May her memory be everlasting and may God grant rest and peace to her soul for all eternity.
In lieu of flowers, a celebratory donation can be made in Annette’s memory to Seymour Congregational Church for annual Mother’s Day flowers and seasonal wreaths on the welcoming doors.
Family and friends will be received on Wednesday, May 19, 2021 from 8:30 am–10:00 am at Ralph E. Hull Funeral Home, 161 W. Church Street, Seymour CT followed by a Christian service at 10:30am at Seymour Congregational Church, 45 Broad St, Seymour, CT and burial at Lakeview Cemetery, 885 Boston Post Rd, Bridgeport, CT. Please share a memory of Annette at www.hullfh.com