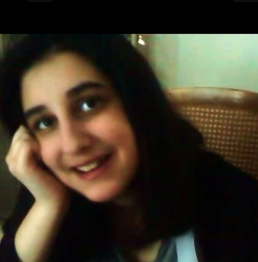 SEYMOUR, CT: Ashley Christine Jackson, age 24 of Seymour, beloved daughter of Richard Jackson and Christine (Esposito) Jackson, entered peaceful rest on Monday, July 12, 2021 in the Regency House of Wallingford, surrounded by family. Born in New Haven on July 14, 1996, Ashley proudly graduated from ACES Sails Academy of North Branford, class of 2018. A huge fan of anything Disney, she loved all the princesses, and enjoyed traveling to Walt Disney World every year with family. “Soarin Over The World” was her favorite ride. She would watch YouTube constantly on her black Samsung phone and was also a huge fan of Teletubbies, Nickelodeon and Yoga Kids.

Funeral Services will take place on Thursday, July 15, 2021 at 10 am in the Ralph E. Hull Funeral Home, 161 W. Church St., Seymour, CT 06483. Family and friends can visit from 9am until the time of service. Interment will follow in All Saints Cemetery, North Haven.