Obituary for Audrey A. Andrews (Adams) 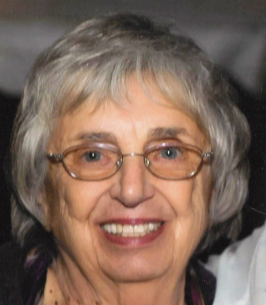 Audrey (Adams) Andrews, age 90 of Freeport, ME, and previously of Seymour, beloved wife of the late Louis Andrews, Jr. entered peaceful rest in her home on Wednesday, April 7, 2021 surrounded by her loving family. Born in Derby on April 11, 1930, she was the daughter of the late Austin and Wilhelmina (Christian) Adams.

Audrey worked as a bookkeeper for many years at Mark Hardware in Ansonia until her retirement. A woman of deep faith and love of community, Audrey was very involved in Trinity Episcopal Church and the Town of Seymour, volunteering her time in the Pastoral Search Committee, Altar Guild, Seymour/Oxford Food Bank, Seymour Historical Society and the Seymour Library. In her younger days, she and Lou enjoyed square dancing and polka dancing and would travel to surrounding towns to enjoy those times.

Survivors include her beloved sons, Scott Andrews and his wife Robin of Freeport, ME, and Todd Andrews of Seymour; grandchildren, Michael, Jason, and Nicole Andrews, Leonard Greene, Jr. (Victoria) and Alycia Feeney (James) and four great-granddaughters, Jillian, Erin, Madison and Autumn. She is also survived by her sister, Marion Wilton of Litchfield, nieces Amy Wilton of Maine, Mandy Ianniruberto of Beacon Falls, and a nephew Robert Hayden, Jr. of Seymour. She was predeceased by her daughter-in law Susanne (Withrow) Andrews and her niece Susan (Hayden) Ketz.

Calling hours will take place on Tuesday, April 13, 2021from 4-7pm at the Ralph E. Hull Funeral Home, 161 W. Church St., Seymour, CT 06483. A Memorial Service of Requiem Eucharist will be held on Saturday, April 17, 2021 at 10:00 a.m. DIRECTLY in Trinity Episcopal Church, 91 Church St., Seymour. Inurnment will follow at Mountain Meadows Cemetery, Seymour. Memorial donations in Audrey’s name can be made to the Trinity Episcopal Church or the Seymour-Oxford Food Bank.