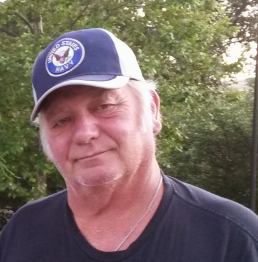 Larry Streinz, age 73 of Seymour, he entered into peaceful rest on August 25, 2021 at the West Haven Veteran’s Hospital with his devoted family by his side. Larry was born on July 5, 1948 in Derby, son of the late John and Dorothy (Parkins) Streinz. Larry had been married for almost fifty years to the late Barbara Jean (Ray) Streinz.

Mr. Streinz was employed at Haynes Materials as a Machine Operator. He was a U.S. Navy veteran of the Vietnam War, serving with the Seabees. Larry excelled at running Track and Field in high school; he enjoyed fishing and hunting, and riding his Harley Davidson motorcycle. Larry loved operating heavy equipment and mining. He mostly loved spending time with his grandchildren, and his twin brother Zeke.

Larry leaves his loving family including his daughter, Cynthia Welsh of Oxford; his sons, David Briggs of Derby, and Daniel Briggs of Seymour; his twin brother, Gary “Zeke” Streinz of Malone, NY; a sister, Susan Streinz in Mich.; four grandchildren, Casey, Jonna and her fiancé Ethan Bortnicker, Joe, and Kayla; he also leaves his beloved dog Wesley. His brother William, and sister Florence Biscardi predeceased him.

Calling Hours are Monday from 4:00 to 8:00 PM at the Ralph E. Hull Funeral Home, 161 West Church Street, Seymour. A Funeral Service in celebration of Larry’s life will be Tuesday at 10:30 AM at the funeral home. Interment with full Military Honors will be at St. James Cemetery, Naugatuck. Please share a memory at www.hullfh.com