Obituary for Maureen A. Scott (Fraser) 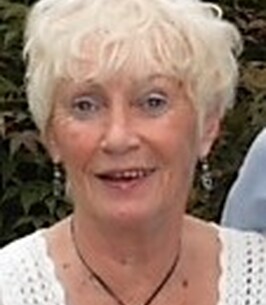 Beacon Falls, CT: Maureen A. Scott age 81 of Beacon Falls, beloved wife of 59 years to David Scott, she died suddenly on December 7, 2021. Mrs. Scott was born October 31, 1940 in Derby, daughter of the late Henry and Marjorie (Geoghan) Fraser. She graduated from the St. Raphael Hospital School of Nursing in New Haven, and had worked as an Operating Room Nurse at Griffin Hospital, Derby for many years, and later was employed by the State of CT, and as an Legal Nurse Consultant. Maureen was a communicant of St. Michael Church. She was a member of the Republican Town Committee, and was a huge Green Bay Packers fan. She loved hosting holiday parties; “Her family was everything to her”.