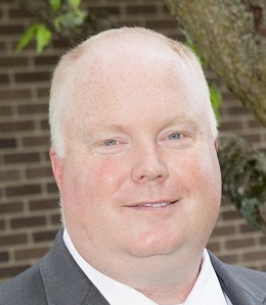 OXFORD: Michael D. Luce, age 51 of Oxford, passed away peacefully on February 9, 2022 in his home surrounded by his beloved wife, Sonya, and his family by his side after a 7 month battle with cancer. Born in Bridgeport on September 16, 1970, Mike was a son of Claire (Rich) Luce of Oxford and the late Craig Luce.

Mike’s love and enthusiasm for cars led him to attend Emmett O’Brien Technical High School in Ansonia, where he graduated in 1988 with an emphasis in Automotive Studies. He began his career, working with cars, at Quality Auto Body in Oxford when he was a teenager. He then co-owned Knotty Pine Package Store in Waterbury from approximately 1999 to 2005 and in late 2005, Mike proudly opened up his own business, Ideal Motors in Waterbury, where he serviced and sold cars.

Anyone who knew Mike would say that his quick wit and sarcasm were his prominent and special characteristics. He would not miss an opportunity to try and make you laugh. He also was the ‘go-to’ guy for anything you needed to know about cars and was known as ‘Mike the Car Guy’.

Mike was a car enthusiast and loved his family, going to the casino (his friends and family looked forward to the annual casino bus trips that he would organize), traveling (Jamaica, Vegas and South Carolina), summer picnics, music concerts, comedy, car shows, auctions (especially attending the Barrett Jackson auction with friends), his 1993 Ford Mustang, having a few Michelob Ultras and a good Italian pizza, as well as his beloved cats, Cheeto and Coco.

In addition to his wife, Sonya (Fata) Luce of 7 years, and his mother, Claire, survivors include his brother Jason Luce and his wife Joanne of Oxford; his treasured nieces and nephews, Breeah, Maddox, Jacob, Charlotte and Juliette; as well as his in-law family, cousins, aunts, uncles, and a host of long-time friends.

Calling hours will take place on Monday, February 14, 2022 from 4pm to 7pm in the Ralph E. Hull Funeral Home, 161 W. Church St. Seymour, CT 06483. Funeral Services will be held on Tuesday, February 15, 2022 at 10 am in the funeral home, followed by interment in Southford Cemetery, Oxford. Mike’s family would like to thank the nurses and aides from Masonicare, Derby, for their compassion and care during his illness. In lieu of flowers, memorial donations can be made to the American Cancer Society (www.cancer.org), or The Masonic Charity Foundation of Connecticut, P.O. Box 70 Wallingford, CT 06492. May Mike’s memory be a blessing to all who knew him.