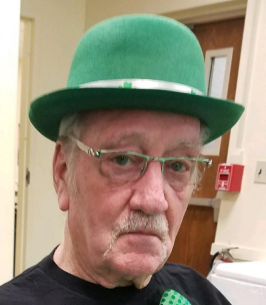 SEYMOUR: Robert “Jake” Mahan, Sr., age 84 of Seymour, beloved husband of Mary (Maloney) Mahan, entered peaceful rest in his home on Tuesday, October 19, 2021, surrounded by family. Born in Derby on April 12, 1937, he was a son of the late Cecil and Anna (mcQuerrier) Mahan.

A retired technician for Cole Heating, as well as Eastern Fuel, Jake had many passions in life, including long trips on his Harley with Mary, and golfing. He loved times spent with his family, especially his grandchildren, and the many memories made at the Valley Diner with his wife and their friends.